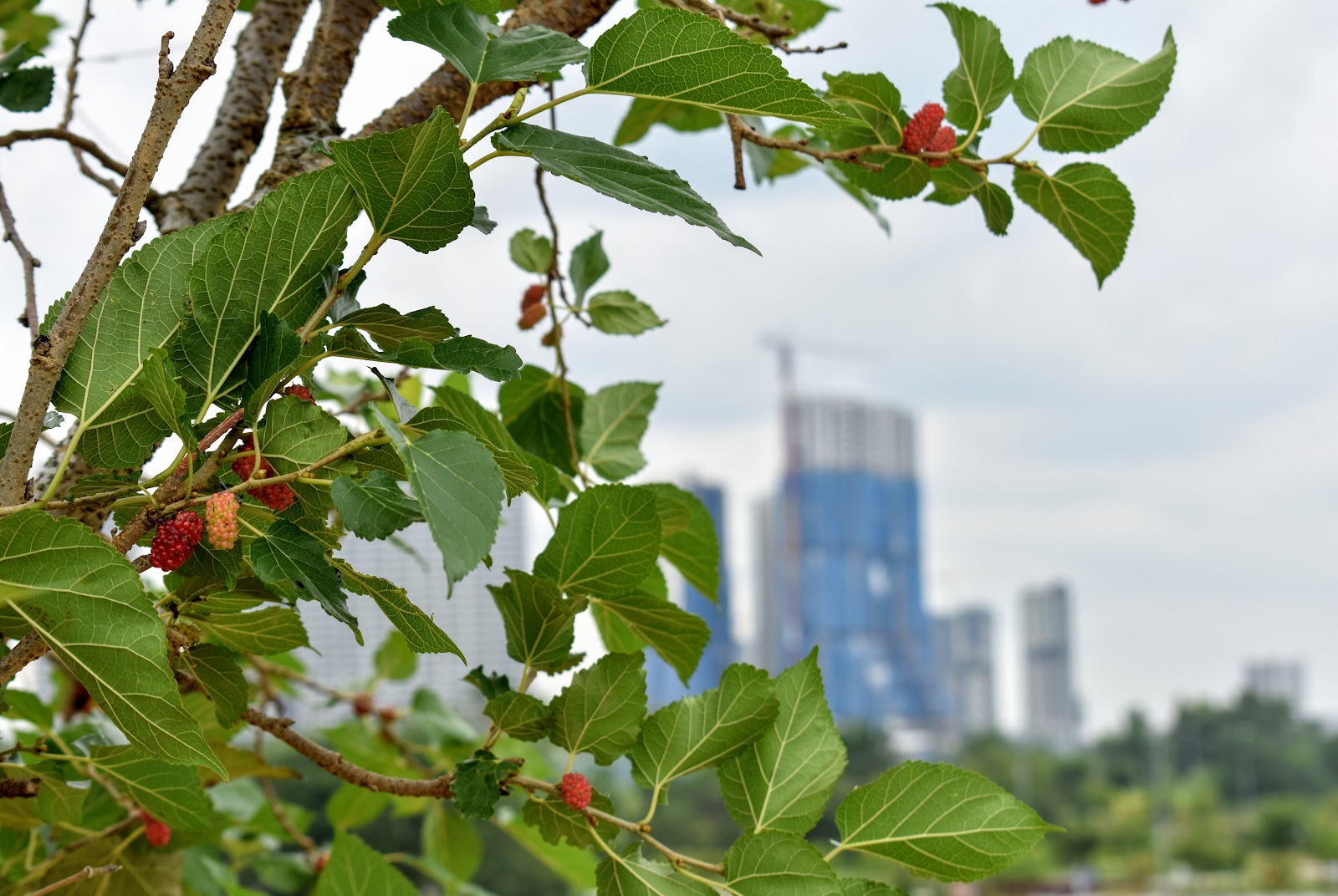 “Breathe the air, drink the drink, taste the fruit, and resign yourself to the influence of the earth.” Henry Thoreau

Introduction
Eating, and drinking has been inextricably tied to the bounty of the landscape around us since time immemorial. We hunted and gathered from streams and forests then we ploughed fields and pastured animals. Our prowess at agriculture and husbandry, our mastery of fire and fermentation would change yields, palatability and storage life but not the essential ecological relationship that bound us with the natural world.

That did not breach until industrialisation and its global expansion facilitated changes that would redefine how we eat. Factory farming would make what was once scarce - the dense nutrition of meat and dairy, more easily available and we no longer needed to wait for the dictate of seasons or suffer the limits of geography to enjoy eating whatever, whenever and cheaply. Global sourcing, economies of scale and the abuse of an invisible labour force allowed for a defining feature of modern food, cheap prices.

As the consequences of these changes became apparent, diminishing flavour, poor nutrition, failing health and the new cultural phenomena of eating fast food alone in a car or in front of a TV, it triggered a civil society response on both sides of the Atlantic that would evolve into a full fledged food movement, joining other great social movements of the 20th Century - labour, environment, civil rights, climate and feminist.

A Food Movement Emerges
It was American landscape designer, Rosalind Creasy who coined the term edible landscape back in 1982 with her book ‘The Complete Book of Edible Landscaping’ and gave a name to the repurposing of idle 20th century suburban lawns back to Victorian era kitchen gardens. People were rediscovering the joys of fresh, heirloom produce grown in their own back yard.

Around the same time in Europe, a slow food movement born out of protest against the arrival of McDonald’s in Rome, urged the preservation of local food traditions and renewed appreciation of the culinary artisan’s toil and craft. This was echoed back in the USA as the eat local movement championed local food grown within a hundred mile radius rationalizing that the shorter distances travelled guaranteed more flavour, nutrition and less impact on the environment in terms of carbon miles.

In 1996, Alice Walters transformed a vacant school lot near her famous restaurant in Berkeley into an organic garden. Whilst her intent was to reconnect school children with the idea of fresh nutritious food and teach them how to grow it, she was also shining a light on something new, the social injustice of low income families, having poor access to fresh food. Her edible schoolyard was the only source of fresh produce in their immediate urban landscape crowded out by fast food corporations who had begun to dominate the neighbourhood.

Michael Pollan’s investigative revelations in The Omnivore’s Dilemna in 2006 revealed even more sinister mechanisms of food and agriculture corporations and what he described as ‘industrial’ eating. Ingredients your grandmother would not recognize, without names only numbers, synthesized into ‘food like substances’ prioritizing high amounts of sugar, salt and fats that are able to create a psychological dependence on them. Studies since then continue to show the powerful connection between industrial food and their link to the epidemic of obesity and diabetes globally.

Along this timeline many other grassroot initiatives like animal rights, climate change justice and resistance against genetically modified foods would braid together into a movement of movements. New terminology would arise to describe problems and solutions like locavores, zero waste, food justice, artisanal. Fractious as the ideas are, the desire for an energy and health conscious, smaller-scale, more humane food system can be identified as the core shared values of this new food movement.

The Malaysian Context
Here in Malaysia triggered by concerns of toxicity and food safety grow your own food has gained momentum. Green markets are enjoying popularity as urban folk seek out organic produce from farmers utilising sustainable methods. But there are still more ideas from the bigger tent of the food movement that have yet to gain ground. There are also philosophic underpinnings to the movement that have yet to translate into our own cultural context.

For example, I often hear the term food security used to describe imminent threat to our food system but it is not an accurate take on our local situation. Yes we are seeing the beginnings of the problem as neighbourhoods get colonized by fast food chains and hypermarkets displace our sundry stores, food stalls and traditional wet markets. But we have yet to see the desiccation of neighbourhoods into food deserts where no fresh food is available at all or the complete disappearance of local agricultural systems.

Our real issue here is food sovereignty which relates to the cultural aspect of heritage food systems. It is actually what precedes a food security problem when local culture and neighbourhoods become overwhelmed with globalized ideas about food and lose ground to the economic power of the corporations that colonize these urban landscapes.

We’ve traded a heritage of complex recipes full of locally sourced ingredients many exhibiting reparative and even medicinal properties to one of limited non native ingredients that actually cause harm. The nutritional wisdom embedded in heritage foods like noodles in collagen rich bone broths and the complex plant based offerings on a banana leaf are in stiff competition with burgers, chicken slime nuggets and super foods with incredulous nutritional powers. It doesn’t help also that we are awash with conflicting information about food as new studies declare new villains and heroes every week.

It's an abstract idea to grasp but the food we choose to eat can be acts of land conservation. What was once pictured as our native landscape of coconut trees, pineapple farms and kelongs is fast disappearing from view. The coconut milk we buy comes from coconuts grown in Batam the barren sand filled Straits devoid of kelongs and the few remaining pineapple farms far from view of our new highways. I hear from friends who once owned fruit orchards that they have converted them to palm oil because of higher returns and lower management costs which demonstrates the simple economics of what is happening here - as we change our tastes and values away from our heritage and geography, we also change the views of landscape that we once enjoyed.

As we shift our taste for produce that can only grow in the cooler climes of Cameron Highlands and want it cheap as well, we adversely affect the local communities there who suffer flooding as a direct result of deforestation. Hidden in those farms are also illegal immigrant farm workers deprived of lawful protection of their rights and proper protection from chemical exposure. If cheap food is blind to the inhumane treatment of humans, animals are even further back in line. Ideas of social justice, that what we eat should not impact marginalized communities and other living beings has sadly not found sufficient articulation here yet.

A Delicious Revolution
My interest in detailing the concepts and ideas about the food movement is biased as I have been involved in conceptualizing and designing a 4 acre Edible Park in Medini, Iskandar Puteri as part of their Medini Green Parks initiative that will be a showcase for green and sustainable urban living. When open in December 2017 the social enterprise I founded JOGreen will run it as a platform for individuals and entrepreneurs working in the front lines of the food movement to engage with the general public.

Eat your landscape will be its central mission as we provide an immersive environment in a sustainably managed edible landscape replete with orchards, gardens, an organic urban farm servicing the local neighbourhood, a plant based cafe and a studio space where all kinds of edible related skills can be learned from composting to sustainable cooking.

Alice Waters described the food movement as a delicious revolution and it is this spirit that I am most keen to cultivate here, not just the pragmatics of growing food but also the community, identity, pleasure, and its potential as a new social and economic space. Yes, gardening and growing your own food these days can be acts of environmental activism and civic rebellion against corporate food and agriculture but gardeners and farmers are also really nice people who love what they do and are happy to share cuttings and advice.

The green markets we have been running, which we will bring to the park, are also social spaces where you are not just a customer but an expat, a parent, a cook talking to a farmer, a baker or a gardener, and having ten times as many conversations as you would at a supermarket. Building an inclusive vibrant community around these ideas are also primary to our aims.

We are collaborating with local chefs, providing them with our herbs, flowers, salad greens and harder to find vegetables because we want to harness their creative energy to showcase our sustainably grown local produce. Our gardens have interesting design ideas from monochromatic colour schemes to exuberant cottage garden style profuse with flowers in the hope of seducing our visitors to take those ideas home to their own gardens.

Creativity and aesthetics are the secret ingredient in making edible landscapes desirable and aspirational and help you forget the drudge of all that digging and weeding and slaving in the hot sun. Innovation is also an energy we want to harness around ideas gaining popularity like botanic beverages, plant and insect based alternative proteins and flowers as a new food ingredient.

The food movement is rising, the revolution is here. Come share our table outside in the fresh air, eat the fruits of our labour, drink our flower infused beverages, and resign yourself to the influence of our Malaysian landscape.